This explosive combo album by famed American and Australian Blues artists Kurt Vile and Courtney Barnett combines both artists perspectives in a way that few have. Both artists on this album have a story to tell about where they’re from and their unique musical backgrounds.

Courtney Barnett got her start in the underground scene in Australia, working with many bands before breaking it solo in 2012. Since then, she has made a name for herself as the blues rock queen from down under. It was her first album, Sometimes I Sit and think, and Sometimes I Just Sit, is where I first heard her and fell in love with her melancholy, self-assured vocals and blues-inspired guitar riffs.

Of the two, Kurt Vile has a much more extensive story, going hand in hand with the rock group, The War On Drugs, as well as a history of solo material going back to 2003. His 2015 album B’lieve I’m Goin Down… saw a top 50 charting on the Billboard 200. His storied history in the American rock scene has caught the attention of many music journalists, earning him unique praise. 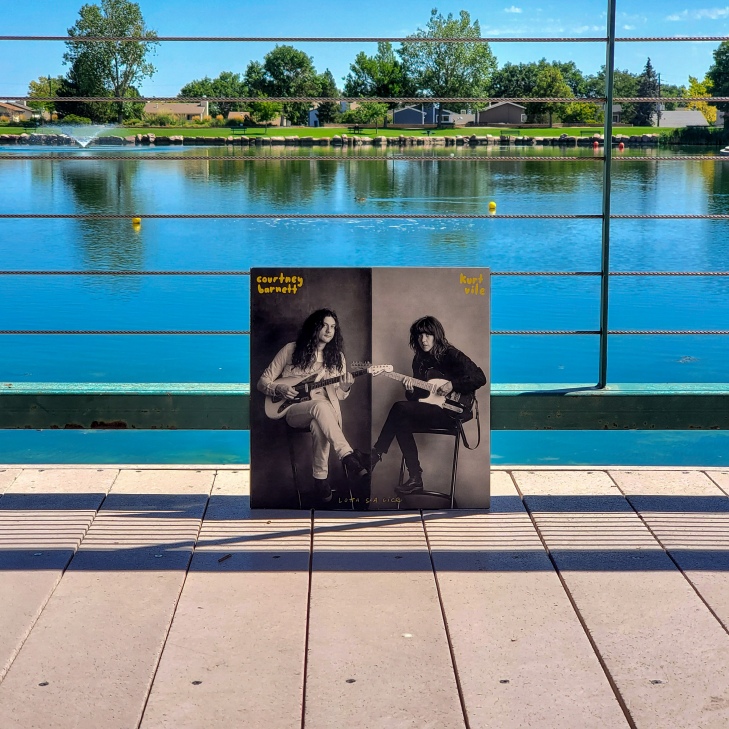 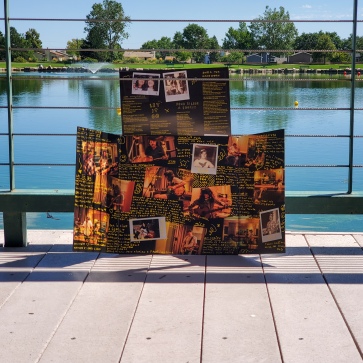 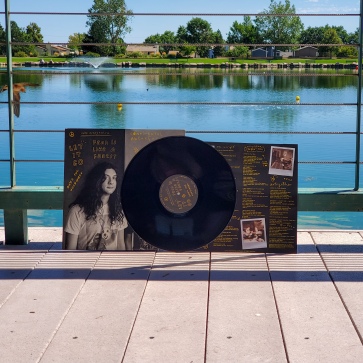 This album opens up with a very old country sounding “when I’m all alone on my on by my lonesome”, sung in vile’s best southern drawl accent which contrasts beautifully with Barnett’s trademark pronounced Aussi accent. She contrasts his verses with what is essentially her own take. This at times seeming to be said in a “me too” tone of agreeance.

The album rears its riff-y head on “Fear is Like a Forest” with more forbearing guitar that follows the sharp, hip hop rhythm to the drums that give the whole thing an electric rock mixed with cowboy blues feel that the two of them keep vocal pace with perfectly.

Side B opens with “Continental Breakfast”, another tongue-and-cheek song that compares and contrasts the two’s values and perspectives. They both talk about their “Intercontinental friendships” and how they both value them.

The softest track on here goes to my personal favorite “Peepin’ Tom”. This song, written by Kurt Vile, is almost entirely performed acoustically by Courtney Barnett. The atmosphere on this feels lost without love and feeling down and guilty for possibly pushing her away. They come to terms with the poor ways in which they may have acted.

The closing track “Untogether” was written by American singer/songwriter Tanya Donelly, of Throwing Muses fame, and performed at a slower tempo with mostly the two of them playing acoustic instruments. A somber, heavy track to wrap up an achievement of a record

Very little holds this album back for me. It has two accomplished artists backed by other seasoned musical professionals all working towards a cohesive story of how we aren’t so different from one another. Both stories from different hemispheres are valid and similar in many respects. As with a lot of projects like this one, you can tell how much fun the two had making it. It is stiff like that which puts this album above and beyond.

I bet you’ve never seen a gatefold like this! Opening up in the middle of the chacket, splitting the cover art of the two in half, the inside reveals the tracks and their crediting, as well as photos of those involved with the project, like a page out of a personal journal. The back is split by both artists again, with the same handwritten track listing.