The musical career of Jack White is intertwined with his life and other musical ventures in many ways. He has spent his time in many different bands with different (and sometimes the same) people that have brought him varying degrees of success. The White Stripes may be the first to come to mind, and for good reason. The pairing of newlyweds Jack and Megan White was very lucrative and cemented Jack into the zeitgeist of American Rock.

The story of the Raconteurs begins with Jack White and Brendan Benson, the latter who along with bassist Jack Lawrence hail from another Detroit based band The Greenhornes, who towards the latter end of their other groups’ careers came together organically. By this point, both Jack and Brendan were well established musicians, which gave their first single, “Steady As She Goes” a head start. After their second album in 2008, the Raconteurs went on a break. Jack focused his attention on his record label, Third Man Records, and the rest of the band got caught up in life. 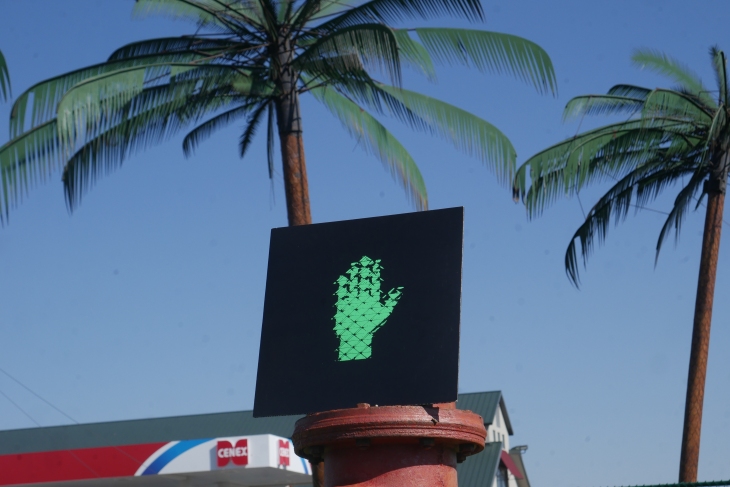 Help Me Stranger is the groups third studio album and was put out by Jack White’s inhouse label. Upon its release on June 21st, only weeks before this review making it the quickest review turnaround in New Vinyl Mondays History, it quickly became the number one selling album in the U.S. selling 88,000 physical copies in its first week. For any album to do this in 2019 is a feat in itself. I myself went out and bought this vinyl the day it came out. This was a big achievement for the band, but especially Third Man Records who are and independent label with no larger company providing resources.

As for the music on this album, I believe it to make the best album in the band’s discography. When contrasted with Jack’s other works, I believe this one to come the closest to the quality of his work with The White Stripes. Songs like “Somedays” and “Now That You’re Gone” feel like a callback to his old sound. The latter is more rough in the lyricism, being a heartbreak song like we would write early on in his career. “Live A Lie” is a very carefree and fast song like “Fell In Love With a Girl” from The White Stripes, or The Raconteurs own number one song.

The opening track “Bored and Razed” is a gentle reminder who you are listening to and the sound to expect on the rest of the album. The drums are loud and crashing while the guitars stay sharp. White’s vocals take a back seat on most of the album as the melody is allowed to shine.

It’s this I find most apparent on “Sunday Driver” with the grittiest guitar riff that stays with is the whole track. It’s very catchy had true to the rock sound they are attempting to bring back on this record. A lot of the sounds on this song take from the big hair days of Rock & Roll while introducing an american blues twist. The distortion is overused in the beginning and the grit on the melody begins to get old by the end of the song.

The middle of the record makes up the dullest part of the record. Starting with “Shine the Light on Me”, this song has just no edge and feels empty with no spacy vibe or any sign that it serves any purpose on this album. The song “Gyp” is, with no reservations, a bad song. It sounds like a shitty parody of Jazz, 60’s Psychedelic Rock, and this band itself. This song is also the only song on the album not written by the band. Originally written by Donovan, A Scotish singer/songwriter, this song isn’t very good either, released as a B-Side to one of his first singers. Essentially, the track wasn’t good to begin with, and what The Raconteurs did to it just wasn’t nice.

There are two songs on here that come closest to the sound Jack has been focused on recently. “Don’t Bother Me” and “What’s Yours is Mine” play more with White’s vocals and the timing of the instruments.

I don’t feel like there is much to say on the cover design itself. The black on bnack is a nice touch, and on my copy of the vinyl, the Green Hand was hand screen printed on which added that handmade feeling to it that not a lot of other records bring to the table.