The story of Jack white transcends his early 2000’s group, The White Stripes. Starting as a solo musician, his great success with Megan white and two other groups he has been in have lead to him starting his own record label and vinyl pressing plant. The first efforts Jack Gillis made as a solo musician were close to home in the Detroit area, performing with Goober and the Peas for a time. Soon he found drummer Meg White. She was also part of the same group as Jack, which drew the two close. After forming the White Stripes, the two got married.

The biggest part of this band is the aesthetic the two put up, calling each other brother and sister, wearing only white, red, and black, and only using the basic instruments of rock, Guitar and Drums. Even when they disbanded in 2011, they cited it was “to preserve what is beautiful and special about the band.” 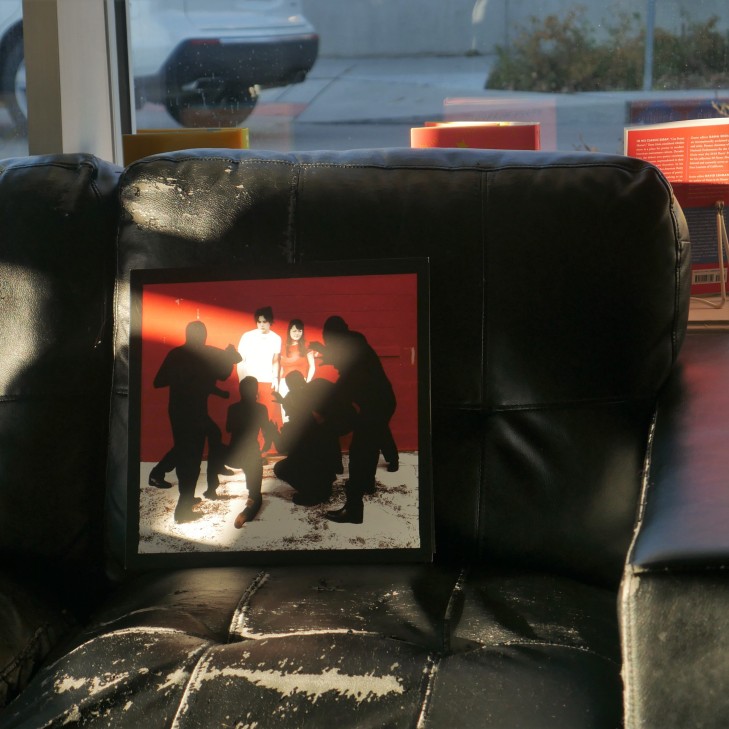 After forming his record label, Third Man Records, Jack White reissue a number of his former records, including the ones he made as the White Stripes. Between this and Elephant, which has the worldwide hit, “Seven Nation Army”, I felt this remaster was the most original and is closer to the garage rock revival the White Stripes were a part of.

The big things to watch out for on this record are “Fell in Love with a Girl” and “We’re Going To Be Friends”. If you are an avid rock listener, you will most likely recognize these songs. Though completely different, the former being more punk rock and upbeat and the latter sounding like a classic rock, folk song from the 60’s, no two songs capture the spirit of the White Stripes like these.

The booklet included with this really fit the aesthetic the group likes to stick to. The vinyl, being a Third Man Records remaster, is on 180 gram audiophile vinyl. The composite sleeve also elicits quality and longevity.